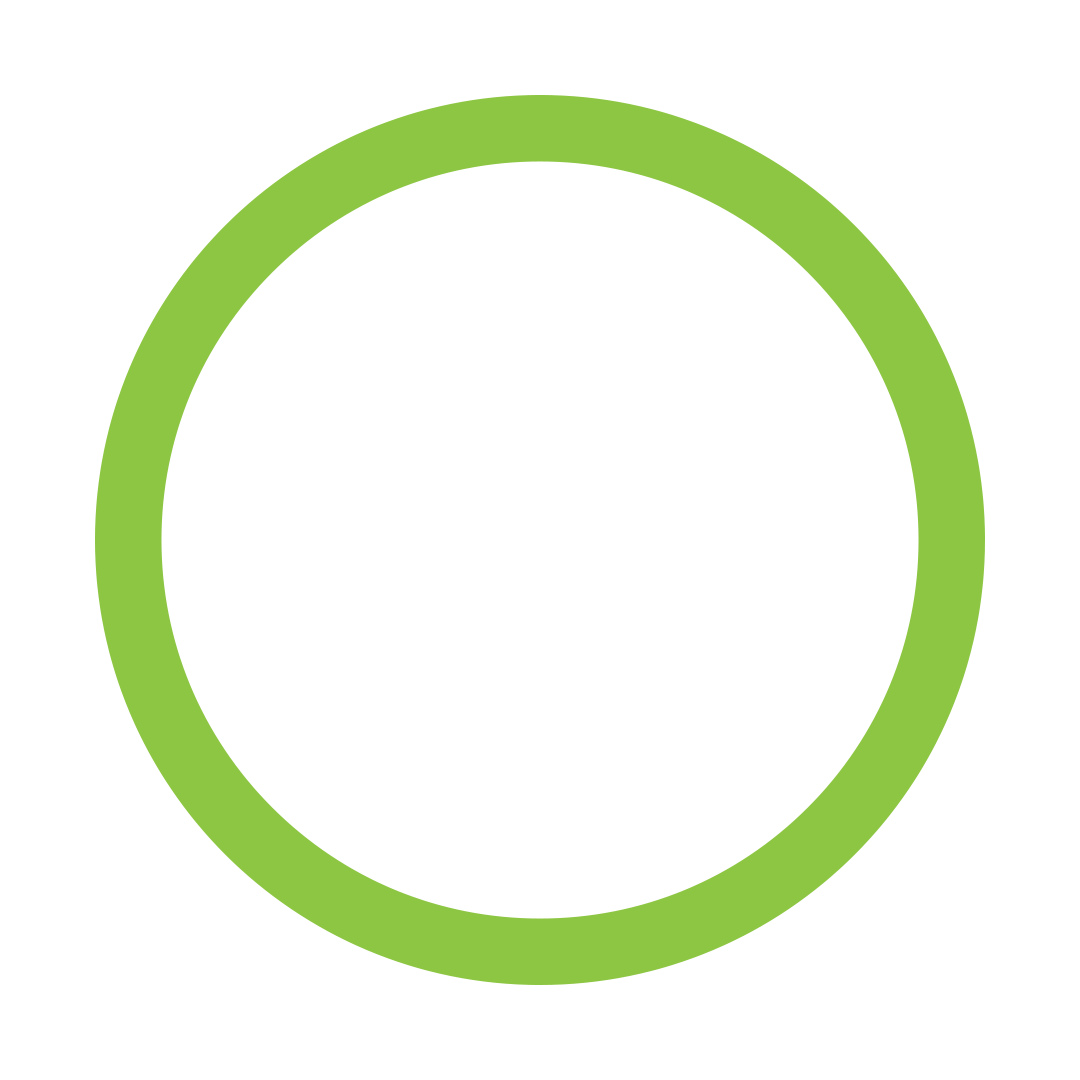 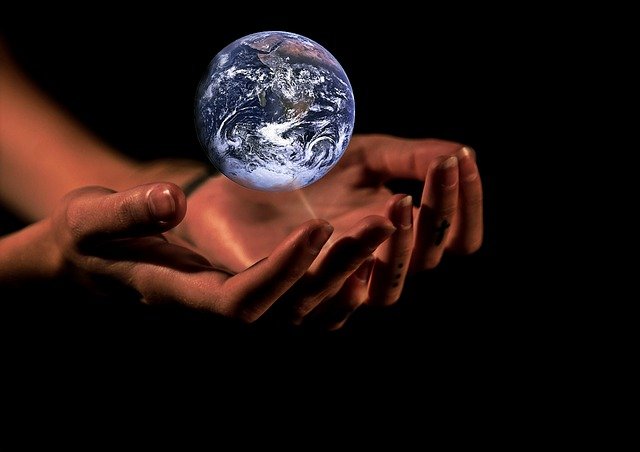 I recently completed the Climate Reality Leadership Corps Training, led by Al Gore, the former Vice President and founder of the Climate Reality Project. The training was recommended to me by a friend who had attended it in person a few years ago. Having described Al Gore and his foundation to me, as inspirational, I couldn’t agree with her more. Listening to his informative and passionate broadcasts over the last few weeks and watching his Oscar winning documentary, “An Inconvenient Truth” on global warming, he has most definitely inspired me. It’s my hope that after reading this post, you too, might feel inspired to learn more from him and perhaps attend a training yourself in the future. Heads up, it’s free and offers a flexible schedule to give people the opportunity to learn at the time and pace that works for them over the course of two weeks.

The Climate Reality Leadership Training was set up by Gore in 2006, to educate people about how they can get involved and make a difference as regards climate change. Throughout the program, the trainees attend educational sessions about how carbon dioxide and other heat trapping gases are warming the planet’s surface, driving global climate change and impacting the earth. They also attend broadcasts on the solutions to climate change and on the importance of transitioning to clean energy. The idea being that after the training, each member can progress to effectively carry out advocacy for climate change; encourage others to address climate change within their communities; and be able to present on the subject at educational events. (You can see other ways trained leaders can carry out advocacy below, under “Acts of Leadership”). Gore and his team believe that “a small-but-committed critical mass of activists can not only transform society, but change the world”. One of their hopes is that when others see people, like you and me, becoming trained leaders, it will influence and encourage others to get involved, because each one of us can make a difference, no matter who we are.

The training for the leadership corps is spread out over two weeks and depending on where you are based around the world, you have the choice between two broadcast schedules. One on Tokyo time and the other on New York time. In advance of the training, each participant is assigned a mentor, who is a trained Climate Reality Leader themselves. Their purpose is to facilitate group discussions and to offer guidance and support in any way they can. Every member is then assigned to a group. My group was made up of around 15 people, all from the Washington State area, including our mentor, which gives us the opportunity to meet up and complete leadership acts together if we wish. Over the course of the two weeks, we were required to attend 4 one and a half-hour live broadcasts, followed by a small group discussion on zoom with our mentor. We also had to watch a number of on-demand video sessions, attend networking meetups (these were optional) and skill-building sessions, all led by renowned experts, scientists and activists. Our mentor also arranged informal group gatherings, which were optional throughout the training, to give us the opportunity to get to know one another better and talk about the training content. Our mentor was wonderful in gathering us together and following up with us at the end of every session with an email providing information on the books, films, groups and links we had discussed and shared during our meetings.

Towards the end of the training, we were assigned an action planning partner, a fellow attendee with whom you can work to complete 10 acts of leadership with. These acts of leadership can be completed independently too but it’s nice to have the option of pairing up with another person, especially if it’s for a presentation, plus it’s a good way to keep yourself accountable. These acts fall under around ten headings and range from, presenting a slide show (that was created by Al Gore) to your community, friends and families; writing a blog post or news article on the climate crisis or the Climate Reality Leadership Corps, to contacting an influencer. Having a number of options to choose from is nice as, not everyone enjoys giving presentations. It also means you can pick what suits your comfort level.

The group that I was a part of for the training were extremely friendly and warm. I was impressed by each member’s reason for being there and for their passion to get involved in helping to slow down climate change. At our first group meeting, we had the opportunity to introduce ourselves and say what brought us to the program. One of the women spoke about how she had been a former fashion designer. Having become conscious of the non-biodegradable materials she was using and their damaging effects on the environment, she now wants to pursue a career in sustainability. There was also a former Amazon employee who left the company to study how she can kickstart her journey to working in sustainability too. Other members included students of various sustainability programs; a health care worker wanting to know what she can do to help; an employee of a company that assists organizations in the design of sustainable, multi-stakeholder initiatives; a wonderful lady who informed us of a disability she has and how she wants to play her part in whatever way she can; and me, the mom blogger, who wants to learn and be able to teach her son in whatever way she can about what he can do to play his part and make a difference. It was heart-warming to see so many people, from all walks of life, concerned about the climate crisis and wanting to get involved. Knowing that there were multiple other groups training at the same time around the world, wanting to spread the word about what can be done too was hugely encouraging.

On completion of the program, you have the option of joining a local Climate Reality Chapter to work with. These groups provide a way for members to connect with other passionate climate activists within their area; assist in bringing climate solutions to their communities; gain further skills, knowledge and access to resources needed to help make a difference and to ensure the US and other countries continue to progressively act in the fight for climate change and build a better future for everyone. Since 2006, the leadership corps has trained over 36,000 people around the world. There are currently 140 chapters across the US and 10 branch offices around the globe with trained activists fighting for climate solutions in Australia, Brazil, Canada, Europe, India, Indonesia, Japan, Mexico, the Philippines, and South Africa as well as a partnership in China.

To assist leadership corps trainees going forward, after the training, every member is added to an on-line site for Climate Reality Resources where tons of useful slideshows, videos and conversations about climate and climate action are provided. This site also provides a way to connect with other Climate Reality Leaders and to see what kind of actions they have been taking around the world.

One of the ways the Climate Reality Project educates people about climate change and advocates for climate solutions is by hosting an annual event known as the 24 Hours of Reality campaign. The campaign generally features celebrities, musicians, elected officials and thought leaders from around the world and is made up of 24-hour live broadcasts to educate people about global warming. This year, however, things were done in a slightly different way. On October 29th, Al Gore and Climate Reality Leader activists from around the world, led a global day of action to put pressure on the global leaders attending COP 26, a summit being held in Glasgow to accelerate action towards the goals of the Paris Agreement made in 2015. Their aim being, to demand that the global leaders take real action to prevent climate disaster. With a report released by the United Nations in August, calling climate change, a “code red for humanity”, this day of action was more important than ever and provided an opportunity for people to make their voices heard.

Clearly, there is so much more that needs to be done to avert this climate crisis and to achieve the goal of limiting global warming to 1.5 degrees Celsius, an action that had been agreed at the last summit in 2015. The U.N.’s climate panel are already saying that, “limiting global warming to close to 1.5 degrees Celsius or even 2 degrees Celsius above pre-industrial levels “will be beyond reach” in the next two decades without immediate, rapid and large-scale reductions in greenhouse gas emissions”. If world leaders fail to commit to reducing their countries fossil fuel emissions and transition to a clean-energy economy, temperatures will continue to rise and tipping points (irreversible changes in the climate system) will become more likely. Oceans could rise up to a meter or more by the end of the century and we will face even more extreme heatwaves, hurricanes, droughts, floods, fires and widespread species loss.

The COP26 summit, which was delayed by a year due to the COVID pandemic, comes six years after the Paris Agreement, when 192 parties (191 countries plus the European Union) committed to reduce their emissions and to work together to adapt to the effects of climate change. Sadly, while there has been some progress since then, many countries have not been living up to the promises they made. This is why Al Gore’s input and his organization is so crucial. Speaking at COP26, he said, “We have the tools that we need to solve this crisis. We have heard pledges… we must ensure that these pledges are kept”, warning that it will be “a United Nations climate conference of dire consequences if countries did not keep their promises”.

With Gore having been awarded the Nobel Peace Prize in 2007 along with the Intergovernmental Panel on Climate Change, for “informing the world of the dangers posed by climate change”, I feel lucky to have been able to learn from one of the best and most informed people in the world on this subject, along with his team of experts. While I still have a lot to learn, I feel I have been provided with excellent training and my eyes have been opened to more solutions than I realized there were. However, it’s imperative that our nations work together to deploy these solutions on time to protect the Earth, our children and future generations from further climate catastrophe. We must not let global warming conditions become the new normal and a few nations working together is not enough, we need all nations.

As Al Gore describes in his TED Talk, “How to make radical climate action the new normal”, “A net-zero future is possible, but first we must flip a mental switch to truly understand that we can stop the climate crisis if we try”.

If you wish to learn more and explore the Climate Reality Project website you can do so here. You will be able to read additional information about what the training focuses on and how it will benefit you.

Thank you for taking the time to read this post. I can't recommend this training enough especially now, when our planet needs our help and climate leaders more than ever.

For recommended reading, watching and listening, please see below.